Keep Me in the Loop!
State of Illinois 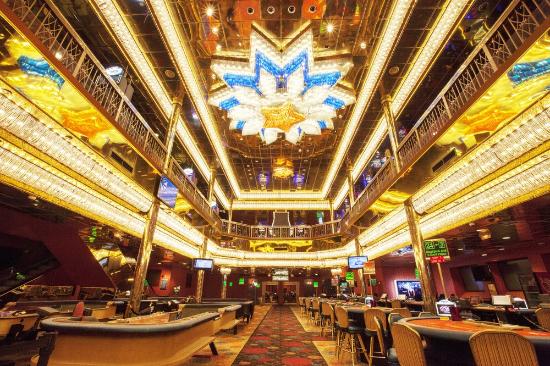 Rebuild Illinois also authorizes Gaming Expansion in Illinois. SR 690, one of three bills that compose Rebuild Illinois, legalizes sports wagering and expands gaming, which will generate the funding for the plan’s vertical projects, primarily those for affordable housing, hospitals, universities, and state facilities.

Rebuild Illinois also authorizes Gaming Expansion in Illinois. SR 690, one of three bills that compose Rebuild Illinois, legalizes sports wagering and expands gaming, which will generate the funding for the plan’s vertical projects, primarily those for affordable housing, hospitals, universities, and state facilities. Specifically, the gaming expansions will provide:

Legalization of Sports Wagering: With Gaming Expansion, Illinois is joining 14 other states, including Indiana and Iowa, in legalizing sports betting, and permitting all casinos, racetracks, and sports venues that hold 17,000 people or more to obtain a brick-and-mortar license to operate a sports book. Official league data will be allowed, betting on Illinois college teams will be banned, and a lottery sports wagering pilot program will be created. SB 690 also imposes a 15% tax on adjusted sports wagering receipts for each month, with an additional 2% tax for wagers in Cook County. The Illinois Lottery will be granted a master license that will allow lottery sports betting terminals in 2,500 retail locations in the first year and 2,500 in the second year across the state. This license is for 4 years and must be competitively selected.

A Sports Wagering Disparity Study is mandated by the law. The Illinois Gaming Board must conduct a study of the online sports wagering industry and market to determine whether to implement additional measures aimed at promoting supplier diversity. The Board will evaluate race and gender-neutral programs or other methods that may be used to address the needs of minority and women applicants and minority-owned and women-owned businesses seeking to participate in the sports wagering industry. The study must be conducted by December 31, 2019 and published by March 1, 2020.

To ensure supplier diversity efforts are made, the bill requires all licenses under the Sports Wagering act to submit an annual report beginning April 15, 2020 on all procurement goals and actual spending for female-owned, minority-owned, veteran-owned, and small business enterprises in the in the previous calendar year to the Gaming Board. The Gaming board and all licensees must hold an annual, public workshop starting in 2020 on the state of supplier diversity.

Authorization of Licenses for Land-based Casinos: SB 690 authorizes licenses for six new land-based casinos - in Chicago, Waukegan, Rockford, the South Suburbs, Williamson County (Walker's Bluff), and Danville - and authorizes revenue-sharing with local municipalities. Each of these casinos will be privately owned, and the Illinois Gaming Board will have oversight. The casinos are expected to create thousands of construction jobs and full-time, permanent jobs, including an estimated 4,000 jobs in Chicago, over 1,500 in Rockford, nearly 2,000 in Walker's Bluff, and 1,000 in Danville.

Expansion of Video Gaming Terminals (VGTs): The legislation also allows establishments to have up to six video gaming terminals, increases the maximum wager from $2 to $4, elevates the maximum cash award from $500 to $1,199, and authorizes an in-location progressive jackpot up to $10,000. Video gaming will be allowed on the Fairgrounds only during the Illinois State Fair and will be capped at 50 machines.

Expansion of Gambling at Horse Tracks: Fairmount will be able to increase their live racing dates to 100, up from 40.

Ethics Reforms: SB 690 makes administrative changes to the Illinois Gaming Board and Racing Board, including strengthening the ethics laws on members of the General Assembly, state employees, and members of the Gaming and Racing Boards, implementing a surcharge on the exchange of any gaming or racing licenses until 2027, and sourcing any non-resident gaming or racing winnings to Illinois if they are required to notify the IRS.

Data Center Tax Credit: SB 690 also creates 20% income tax credit against wages if the investment by the data center is in an underserved area. The bill requires an annual report to the Governor and the General Assembly on the tax credit's outcome and effectiveness.

Ongoing revenues from the gaming expansions included in SB 690 are estimated to total at least $350 million annually at full implementation.