Keep Me in the Loop!
Economic Developments 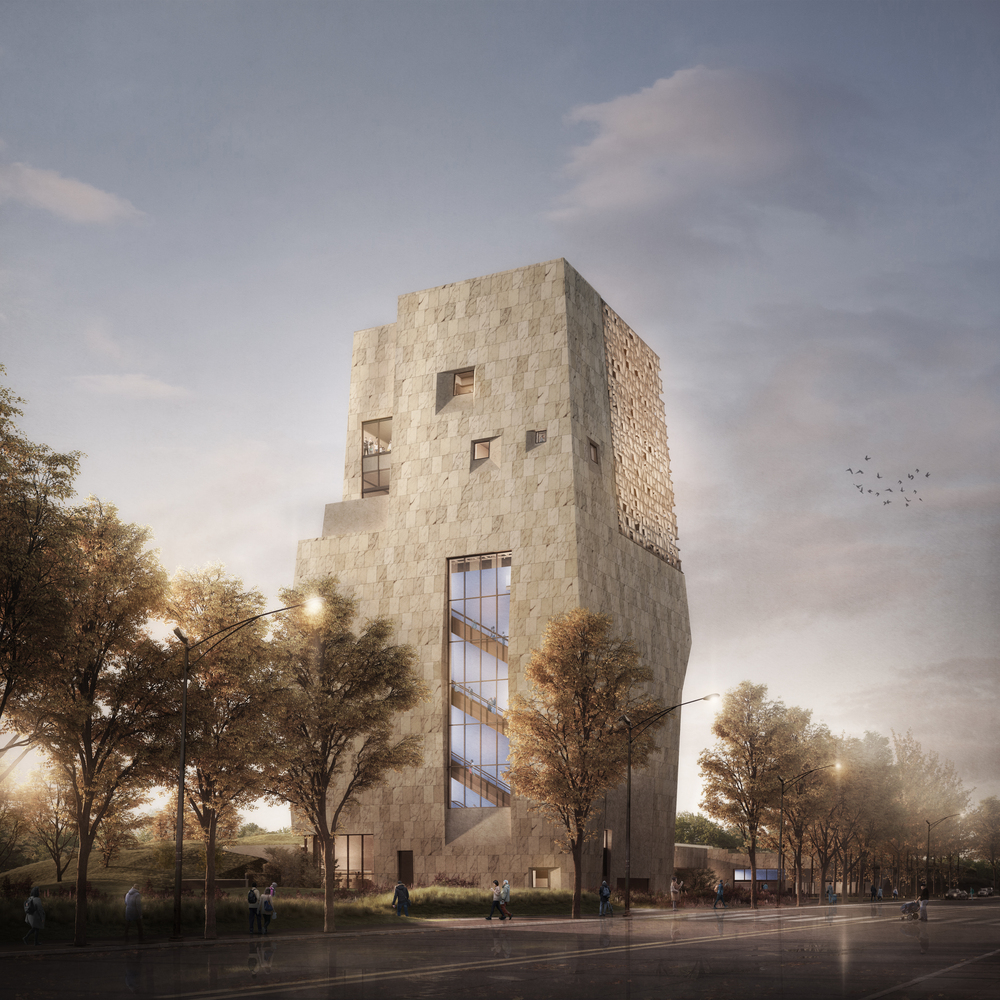 “We are about to break ground on what will be the world’s premier institution for developing civic leaders across fields, across disciplines and, yes, across the political spectrum,” said former U.S. President, Barack Obama. Standing on the 19.3–acre site of the Obama Presidential Center in Chicago’s Jackson Park, the twice-elected, first black U.S. president vowed that the presidential library constructed in honor of his service would be far more than a repository for presidential records. Former First Lady Michelle Obama, Illinois Governor J.B. Pritzker and Chicago Mayor Lori Lightfoot joined Obama on that clear, blue-sky day in late September 2021, to help break ground for the center.

“We want this to be a living, thriving home for concerts, cultural events, lectures, trainings, summits, topical dialogues and conversations. We want this to be a hub for in-house fellows with real-world experience to share what’s working and what’s not in solving the big problems of the day. We envision this as a place where residents and visitors from all over the world come together and restore the promise of the people’s park,” he said.

“… a forum for those who want to strengthen democratic ideals and foster active citizenship, a campus right here on the South Side where we hope to convene, support and empower the next generation of leaders, not just in government and public service, but also those who intend to bring about change through the arts or journalism, or who want to start businesses that are inclusive, socially responsible, and responsible and responsive to the challenges of our time.”

… one of the greatest honors of my life is being a proud Chicagoan, a daughter of the South Side. -- First Lady Michele Obama

The president and first lady both expressed deep-rooted affection and appreciation for Chicago’s South Side community and their passion for having the center constructed on the Jackson Park site.

“You know, I’ve done a lot in my lifetime. I’ve earned a couple of degrees, I had a short but meaningful career in the law, I worked in city government, I’ve run a small nonprofit,” said Mrs. Obama. “I’ve met and married the love of my life. I have birthed and raised two amazing, now young women. I’ve had the profound honor of serving as our nation’s First Lady, where I’ve traveled the world. I’ve dined with heads of state, kings, and queens. I’ve shaken hands with two popes. But here’s the thing. No matter what I’ve accomplished, who I’ve met, or where I’ve gone, one of the greatest honors of my life is being a proud Chicagoan, a daughter of the South Side.

“I still lead with that descriptor. I wear it boldly and proudly, like a crown.

“I am a First Lady from the South Side of Chicago, and that is why this project is so incredibly important to me and my husband.

“This investment, this substantial investment in the South Side will help make the neighborhood, where we call home, a destination for the entire world. But more importantly, this project, as the governor and mayor have said, will be a vital resource for the people who live here.”

For Chicago’s South Side Communities

An economic impact study concluded the site will have a $3.1 billion economic impact and bring 700,000 visitors from around the world to the South Side each year, creating a catalyst for economic development that will reach across the area.

“…visitors who will eat, shop, explore and spend money, strengthening the South Side and making it an even more attractive place for businesses to grow and to hire,” said the former president.

It is estimated the Obama Presidential Center (OPC) will generate up to 5,000 direct and indirect jobs during and after construction. Construction of the center and development of the surrounding parkland is estimated to cost $500 million.

The Obama Foundation is committed to awarding 50 percent of the subcontracting packages to diverse vendors, exceeding the City of Chicago’s goals of 26 percent participation by Minority Business Enterprises (MBE)  and 6 percent participation by Women’s Business Enterprises (WBE). Thirty-five percent of the construction workforce building the center is slated to come from Chicago’s South and West side communities.

The companies composing Lakeside Alliance have longstanding commitments to increasing diversity and inclusion in the Chicago construction industry and are investing significant resources to recruit a diverse workforce and ensure that a significant percentage of the total project work hours are performed by minorities and residents from the project’s neighboring communities, particularly from Chicago’s South Side and West Side communities.

To level the playing field and support small, micro businesses to compete for subcontracts, Lakeside Alliance is using a number of business development strategies, including breaking up bid packages.

“For many small vendors, getting a chance to work on a project of this size and complexity will allow [them] to not only profit from the project, but gain the necessary experience to allow them to compete for similar, large-scale projects in the future,” said Lori Healey, Obama Presidential Center Implementation Lead. “We are committed to creating opportunities for diverse vendors because we believe the team building the center should look like and benefit our community.”

The Lakeside Alliance contract includes financial incentives for exceeding the Obama Foundation’s ambitious goals, and penalties for falling short of the goals.

Ending his remarks President Obama spoke with the same conviction to address the challenges of the day and the yes-we-can attitude that defined both his presidential campaigns and landed him in the White House, not once, but twice.

“… we’re also building this center,” he said, “because we believe it can speak to some of the central struggles of our time where we are living through a moment of rapid disruption in technology, in the global economy, in our social arrangements, in our environment, and those disruptions can be scary. And too, often it feels as if our major institutions have failed to respond effectively to these disruptions to help people find economic security or manage our differences or protect our planet.

“And what we’ve seen is that in the breach, a culture of cynicism and mistrust can grow. We start seeing more division and increasingly bitter conflict, the politics that feeds anger and resentment towards those who aren’t like us, and starts turning away from democratic principles in favor of tribalism and might makes right. This is true in Europe and in Asia, it’s true in Latin America and in Africa, and it happens to be true here at home.

“But the good news is we can reverse these trends. I don’t believe it’s inevitable that we succumb to paralysis or mutual hatred, or abandon democracy in favor of systems that reserve power and privilege for the few. As has been true throughout our history, I believe we have it in us to reimagine our institutions, to make them responsive to today’s challenges, and to rebuild our societies in a way that gives more and more people a better life.

“And I believe it because I’ve seen it. I’ve seen it in the work of young activists and social entrepreneurs right here in Chicago, from the North Side to the South Side to the West Side, from Oakland to Johannesburg, from Ho Chi Minh City to Rio de Janeiro, from Amsterdam to Port au Prince. Around the world and right here in Chicago, there are young people who are not waiting for someone else to solve big problems. Instead, in the face of sometimes impossible odds, they are rolling up their sleeves, and putting down stakes and making a difference one neighborhood, one school, one community at a time.

And through this center, we intend to give these young people and those who are coming up behind them whatever training, support, resources and platforms they need to fully realize their potential to collaborate and share ideas and to bring their dreams to scale.

Obama declared that day, “Change starts one person at a time, one school at a time, one neighborhood at a time, one community at a time.”  And it was clear that the former United States President intends to start his post presidential endeavors for change with Chicago’s South Side community.