Keep Me in the Loop!
World Business Chicago 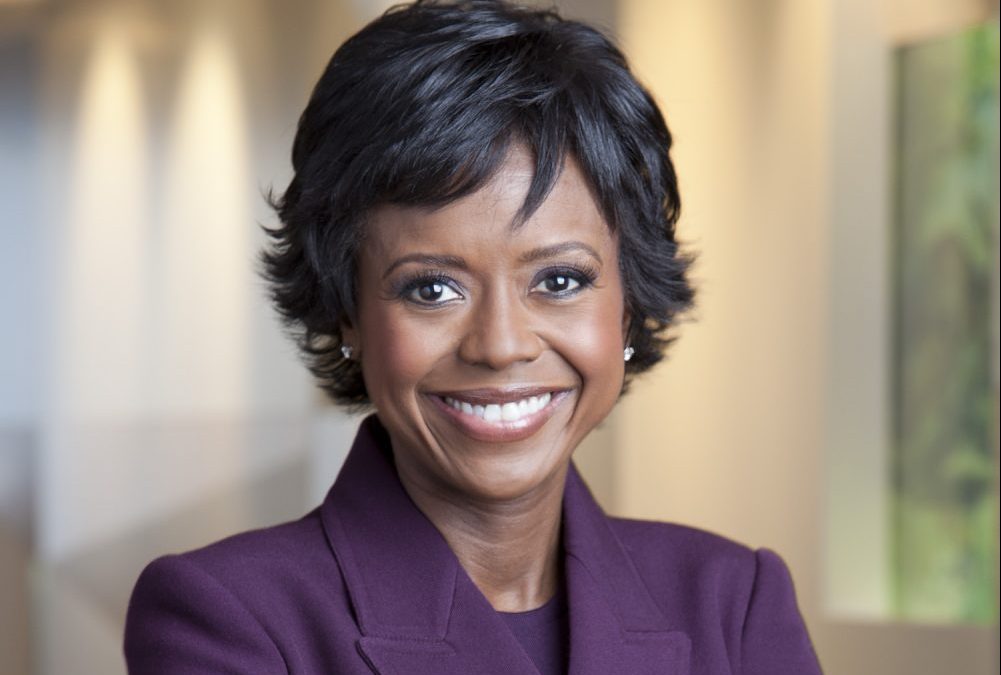 Mellody Hobson, chairman of the Board of Trustees of the Ariel Investment Trust was recently appointed vice chair of World Business Chicago (WBC) by Chicago Mayor Lori E. Lightfoot.

Mellody Hobson, chairman of the Board of Trustees of the Ariel Investment Trust was recently appointed vice chair of World Business Chicago (WBC) by Chicago Mayor Lori E. Lightfoot. Ms. Hobson is a founding member of WBC, and will join Mayor Lightfoot, chair of WBC, in executing the organization’s mission of driving a robust economic growth strategy in partnership with the business community.

Ms. Hobson, was recently named co-CEO of Ariel Investments after serving as the company’s president for the past 19 years.

"I am thrilled to appoint Mellody Hobson, a prominent business leader from Chicago, to serve as the vice chair of World Business Chicago,” said Mayor Lightfoot. “As a distinguished executive in the business world and a dedicated servant to her community, Mellody has experienced firsthand the important role that businesses play in ensuring that as they thrive, so do our neighboring communities. Mellody will bring a wealth of experience to WBC's work as a major driver of business growth for all of Chicago."

As vice chair, Hobson will provide leadership for WBC to continue to accomplish its mission of driving inclusive economic growth and job creation, supporting businesses, and promoting Chicago as a major global city. She will work with the business community to ensure collaboration to execute Mayor Lightfoot’s vision for building a Chicago that is stronger, fairer, and more prosperous for every resident in every neighborhood.“

"I am honored to join Mayor Lightfoot and World Business Chicago to advance their mission of inclusive economic growth throughout Chicago,” said Hobson. “Chicago is a leading global business hub, and I look forward to partnering with our corporate and civic communities to ensure that the continued growth and prosperity of our downtown district extends to all of Chicago’s neighborhoods.”

Hobson has been an advocate for investor education and serves in a number of community leadership positions. She serves as chair of After School Matters and recently completed her term as chair of The Economic Club of Chicago. In addition, she is co-chair of the Lucas Museum of Narrative Art and is a board member of the George Lucas Education Foundation. She is also vice chair of the Board of Starbucks Corporation and a director of JPMorgan Chase. Hobson is a member of the Rockefeller Foundation Board of Trustees, and serves on the executive committee of the Investment Company Institute’s board of governors.

WBC’s Board of Directors consists of 87 Chicago corporate and civic leaders. Michael J. Sacks, chairman and CEO of GCM Grosvenor, served as past vice chairman since 2011, and will remain on the board of directors.

Chicago Sister Cities International (CSCI) is a division of World Business Chicago since 2013. CSCI works to bind Chicago’s international programming with its economic development goals. The organization promotes Chicago as a leading global city by developing programs in the areas of cultural arts and tourism, global education, government relations and international business for the benefit of the citizens of the City of Chicago and its 29 sister cities.

CSCI is largely volunteer driven. More than 600 committed volunteers comprise CSCI’s sister city committees to help the organization fulfill its mission on behalf of the City of Chicago.

Each sister city relationship has a corresponding committee of volunteers who actively work to promote exchanges between the two cities. The Council of Chairs is comprised of the chairs of Chicago Sister Cities International committees. www.chicagosistercities.com

As the largest and most active sister cities organization in the United States, Chicago Sister Cities International (CSCI) provides leadership to develop, manage and coordinate comprehensive programs and projects with Chicago’s 28 sister cities in the areas of economic development, tourism, immigration, education, and cultural enrichment, expanding Chicago’s global reach for the benefit of the Chicago, its residents and businesses.

CSCI regularly works with City of Chicago departments and affiliate agencies, international municipal and federal governments, for- and not-for-profit organizations, diplomatic agencies and the Chicago Consular Corps to achieve its goals. These long-standing and close relationships put CSCI in a position as an international leader and major proponent of Chicago’s presence on the global stage.

The 2019 Annual Conference and Youth Leadership Summit was SCI’s most international, action-oriented, and networking-focused conference ever. Activities included an All-day Africa Forum; a US-China Mayors’ Summit; active participation from mayors from around the world with special sessions on Mexico, Germany, and Japan; cities highlighting strong NxtGen leaders and woman entrepreneurship; emerging Issues such as Innovation through Adversity,  Resilience and Disinformation; partnership models with global organizations like Rotary International, CLAIR, National League of Cities, and UNICEF; as well as Fast-track and How-to sessions on the Business of Sports, Arts and Culture, and Unique Port Cities.‍